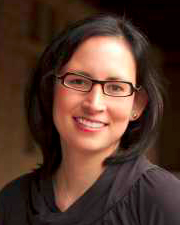 The possibility of creating wearable devices for augmenting human haptic abilities and experiences has long captured the imagination of inventors and researchers. Wearable tactile technologies for the hand have advanced tremendously in recent years, with several approaches and actuation methods offering great promise for providing users with tactile feedback including informative cues or signals, or sensations of touching virtual objects. In many hand-wearable designs, such as gloves for haptic interaction in virtual reality, the additional haptic feedback that is supplied is accompanied by a substantial cost, since areas of the hand with which we often interact with physical objects are covered or obstructed. This invariably results in a substantial reduction in wearers’ abilities to feel naturally occurring touch sensations, or to perform important manual tasks ranging from grasping and manipulating physical objects to riding a bicycle.

For emerging haptic technologies to be successfully translated for widespread use in the real world, it is increasingly important to consider the holistic objectives of both furnishing compelling and useful haptic feedback while preserving the real-world haptic abilities of their wearers. One advantageous strategy is to ensure that the palmar surfaces of the hands, with which we often interact with objects, are left undisturbed, thus allowing the hand to perform a wide range of essential manual activities that few of us would be willing to do without. Several recently proposed wearable devices furnish ideas for how these different objectives can be achieved by means of emerging hand-wearable technologies for augmenting manual touch interactions and activities. Nonetheless, many fundamental questions remain to be answered concerning how to best design wearable haptic technologies that can meet the needs of users interacting within existing work, home, and leisure environments. The challenges involved are Cross-cutting, intersecting with engineering research, design research, and issues of substantial commercial and societal importance.

Speakers from both within and outside the haptics community will provide an overview of previous work as well as some provocations to make us consider new roles for haptic devices beyond those that our community covers today.

Mar Gonzalez-Franco - Microsoft Research, USA
Bio
Mar Gonzalez-Franco is a researcher in the EPIC (Extended Perception Interaction and Cognition) team at Microsoft Research. In her research, Gonzalez-Franco advances Spatial Computing by building new devices and experiences, all while studying human behavior, perception and neuroscience. Over the years her work has evolved in three ways: (1) to continue exploring the wonders of VR and spatial computing; (2) to create new devices and explore what these technologies do to our perceptual systems, most prominent is my work exploring new haptic devices and spatial audio; and (3) to understand how people behave at large when presented with technology. Gonzalez’s impact extends into many fields of science, having been invited to write several commentaries for Scientific American and mainstream media outlets (Bloomberg, etc.). Moreover, her impact extends beyond scientific output and academic recognitions, her work has also transferred to products used by many around the world, such as Together mode in Microsoft Teams and Microsoft Soundscape, as well as features on Hololens and Xbox.

Wearable Haptics as a Cultural Challenge

David Parisi - College of Charleston, USA
Bio
David Parisi’s research investigates the past, present, and future of touching with digital technologies. One striking example is his book Archaeologies of Touch: Interfacing with Haptics from Electricity to Computing (University of Minnesota Press, 2018), which explores the technological transformations of touch necessary for the invention of touch-based computer interfaces. Along the way, he shows how electric shock, experimental psychology, cybernetics, aesthetics, telemanipulation robotics, and virtual reality each participated in a reconceptualization of touch necessary for its integration into contemporary computing technologies. His research on tactility has been featured in forums such as The Wall Street Journal, Vice, Playboy Magazine, Computer Business Review, and Public Seminar. As a leader in the emerging field of Haptic Media Studies, Parisi’s scholarship urges media scholars to reflect on touch’s importance to new and old media alike. Through his contributions to the fields of media archaeology, Video Game Studies, Sensory Studies, cybersex, and media history, Parisi has advanced a haptocentric account of media that brings increased attention to this long-neglected mode of experience.

Allison M. Okamura - Stanford University, USA (with contributions from Jasmin Palmer, Mine Sarac, Zhenishbek Zhakypov, and M. Salvato)
Bio and Synopsis
Allison Okamura is a Professor in the mechanical engineering department at Stanford University, with a courtesy appointment in computer science. She is an IEEE Fellow and is currently the co-general chair of the 2022 IEEE/RSJ International Conference on Intelligent Robots and Systems and a deputy director of the Wu Tsai Stanford Neurosciences Institute. In this talk, Okamura will discuss the relocation of haptic feedback from the fingertips to other locations on the body can enable haptic interaction with mixed reality virtual environments while leaving the fingers free for other tasks. Okamura develops and studies wrist-worn haptic devices to determine how various mappings between fingers and tactors affect task performance. In Okamura’s studies, haptic feedback rendered to the wrist reflects interaction forces occurring between virtual avatars controlled by index finger/thumb and a virtual object. She found that various congruent mappings between fingertips and wrist for both force directions and contact points are effective for perceiving virtual object mechanical properties and enabling manipulation. In addition, Okamura and her collaborators are developing novel soft haptic device designs for effective wearable multi-degree-of-freedom haptic feedback at the wrist. Finally, Okamura demonstrates that leaving the fingers free from encumbrance enables predictive hand tracking that improves the responsiveness of haptic feedback.